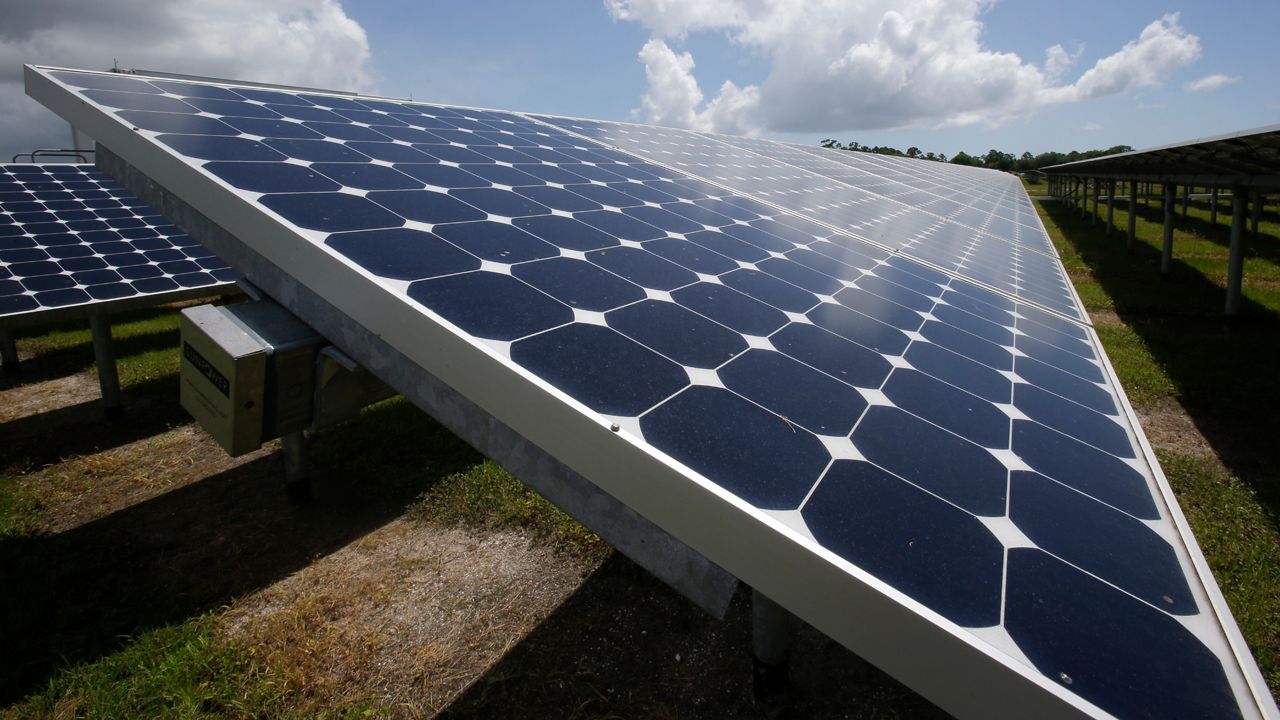 A sample of a solar panel farm

HIGHLAND COUNTY, Ohio — Former farmland about 45 miles east of downtown Cincinnati will soon be home to the largest city-established solar array in the country.

This winter, the city of Cincinnati expects to start receiving power generated by the New Market Solar field in Highland County, Ohio. The project broke ground at the 890-acre site in March. 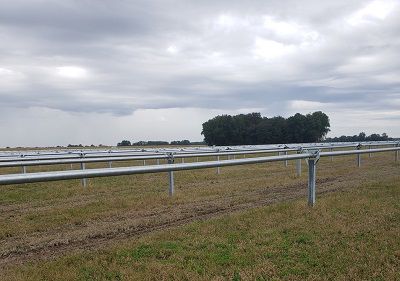 Installation of materials needed to build a solar array at a farm in Highland County, Ohio (Spectrum News/Casey Weldon)

Solar energy will be the new product produced on this former piece of farmland in Clay and Whiteoak townships. It used to be a soybean farm.

"Over the last four years, we have worked hard to live up to our commitment to leave this environment better than we found it. One way we're doing that is by building the country’s largest municipal solar array," Cincinnati Mayor John Cranley said Tuesday night during his final state of the city address.

Cranley said that he expects the array to start producing energy as early as this December. It should be fully operational by early 2022. The project is being built and operated by Liberty Power.

The director of the city's Office of Environment and Sustainability, Michael Forrester, said that the project will reduce the region’s annual carbon emissions by 158,000 tons.

That's the equivalent of keeping 157 million pounds of coal in the ground every year, he said. Other comparisons are removing 30,000 cars from the road annually or planting 2.4 million trees each year.

Forrester said moves like this will help Cincinnati do its part to address climate change.

During his speech Tuesday, Cranley thanked the Carraher, Dickey and Hauke families for leasing or selling their farmland to make the project possible.

The idea for constructing a solar array was several years in the making, spanning at least five years and parts of both of Cranley’s terms in office. After several years of discussions and proposals, the city announced initial plans in 2019.

“Cities need to take action – and that’s exactly what Cincinnati is doing. We are spending money we would already spend on power to buy lower-cost renewable energy that also benefits the community,” Cranley said at the time of the announcement. 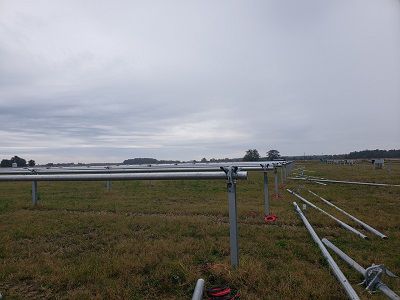 Another angle of the future site of the New Market Solar site in Highland County, Ohio (Spectrum News/Casey Weldon)

“This offsite renewable deal is the latest example of Cincinnati's ambition turned into achievement,” Antha Williams, head of environmental programs at Bloomberg Philanthropies, said during the announcement of the project. “Cincinnati is showing how cities are leading the way to our clean energy future and paving the way for others in the region to follow suit.”

In the past few years, Cincinnati has been recognized as a regional leader in ‘green’ initiatives. Two of the major highlights are the establishment of a 2030 District and an update to the Green Cincinnati Plan.

The Green Cincinnati Plan is a comprehensive set of recommendations on sustainability efforts voted on and approved by a steering committee made up of government, corporate, academic, nonprofit, faith, and community organizations.

The plan serves as a sort of roadmap for Cincinnati's path to 100% renewable energy. One of the major recommendations was the creation of this solar array in the country. Final recommendations are approved by members of City Council.

When the city won the Bloomberg American Cities Climate Challenge, they landed key technical assistance and a $2.5 million award. At the time, the city planned to use this support to meet the sustainability, equity and resilience goals set forth in the Green Cincinnati Plan.

“Pledges are great, but action matters and leadership matters,” said Forrester. “This solar array represents the city of Cincinnati taking bold steps forward to reducing our carbon footprint and to help do our part in addressing climate change.”

The Highland County farm is massive. It’s roughly the equivalent size of 750 football fields. There will be more than 310,000 solar panels when the project finishes up this winter. That’s nearly one solar panel for almost every Cincinnati resident.

The project will end up costing more than $125 million, but Cincinnati taxpayers won't foot any of that construction bill, Forrester said. The city entered into a power-purchasing agreement with Liberty Power.

That means, instead of paying upfront, Cincinnati agreed to purchase the electricity generated from the array for the next 20 years using money it would have needed to buy electricity anyway for city operations. It also locks the cost into a fixed price.

The contract also enables the city to buy electricity at a fixed rate. That will help hedge against any future electricity price increases, Forrester said. He added that the city expects to save $1.8 million over the life of the deal.

In conjunction with Cincinnati State and IBEW Local 212, this solar development will implement a workforce skill and hiring program that will put Cincinnati residents to work on the project.

New Market Solar will bring at least 160 construction jobs to the area. Cranley called those positions "good-paying jobs" that have annual salaries of at least $62,000.