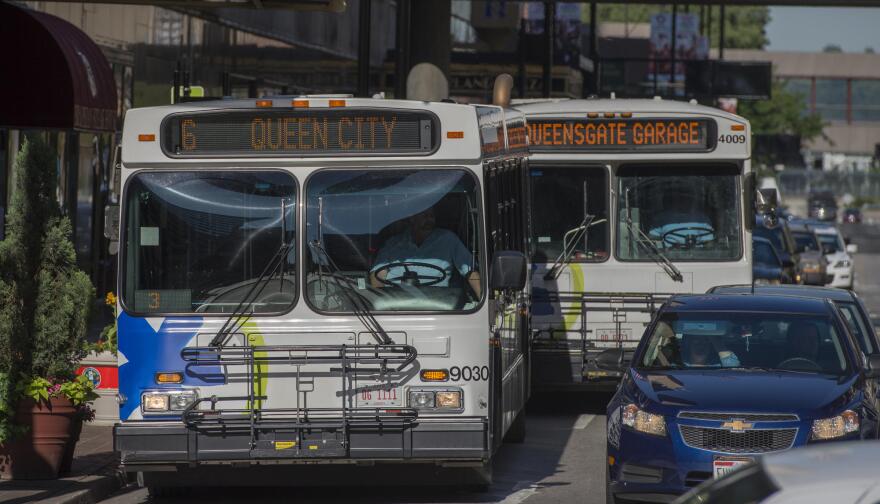 The Cincinnati 2030 District is a partnership between businesses, developers and building managers for 321 buildings. Director Elizabeth Rojas says they’re now offering a Commuting Toolkit for employers.

"We were hearing from people that they didn't know really where to begin if they were going to start to modify behavior or modify workplace policy strategies for reducing emissions," Rojas said.

The 2030 District conducted a commuter survey in late 2021, partnering with the OKI Regional Council of Governments. They learned about 53% of commuting trips taken to participating employers were by car with only one occupant; about 38% worked from home.

People driving to work alone accounted for 92% of miles traveled, compared to about 76% nationally.

The 2030 District includes 321 buildings throughout greater Cincinnati, mostly concentrated in the city. The goal is to reduce transportation emissions and energy and water consumption at least 50% by the year 2030.

A new report shows progress in all three areas through the end of 2021:

Reductions in energy and water use are way ahead of schedule, and Rojas says it's not entirely clear why.

Short-term goals are to reduce transportation emissions at least 25% by 2025, and to reduce energy and water consumption at least 35% by 2025.