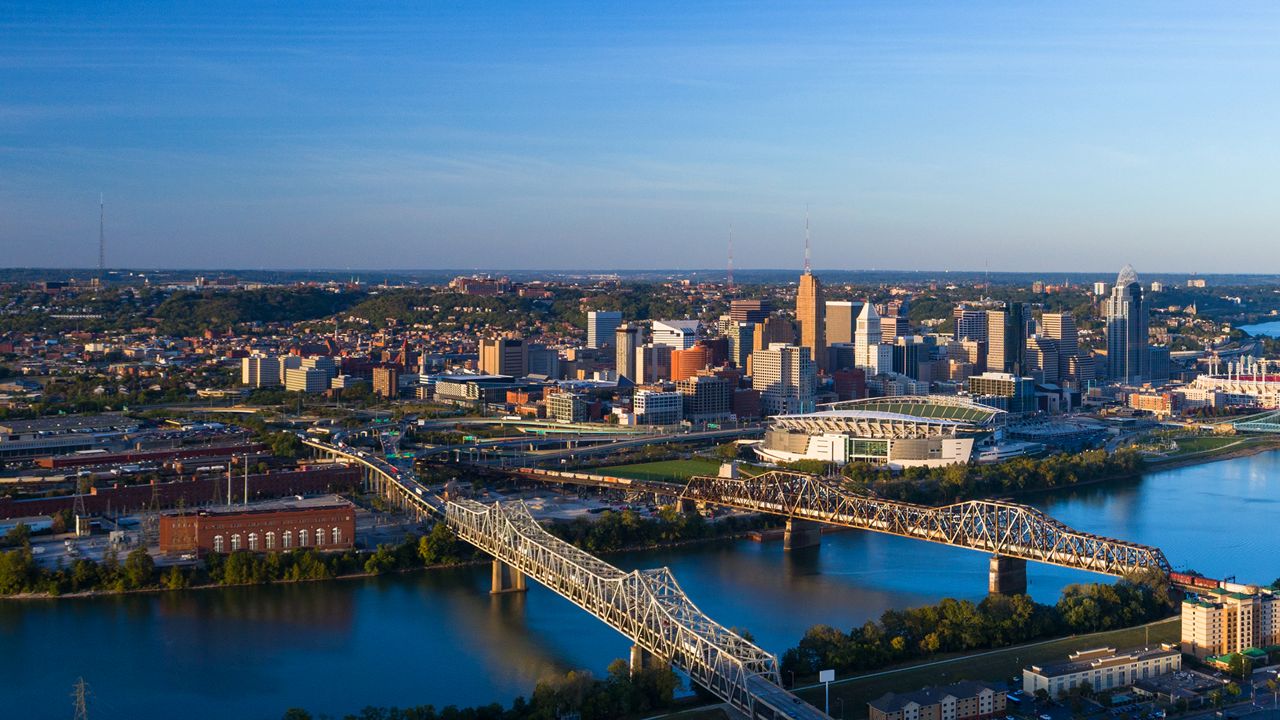 CINCINNATI — As global temperatures rise, cities and countries are working to enact policies to stave off the potentially devastating effects of climate change. But governments alone won't be able to address this complex problem.

Local businesses, corporations and other agencies all have a key role to play in addressing this issue they helped create.

“We are at a critical time right now, and while the window of opportunity to change the course has never been so narrow, we have also never had this much innovation, momentum and focus from small and large leaders,” said Elizabeth Rojas, with Green Umbrella, a Cincinnati-based environmental organization.

One way businesses in cities across North America are helping to slow climate change is through their participation in 2030 Districts.

These districts aren't a physical area so much as a collection of property owners and managers, developers and commercial tenants who have committed to reducing their carbon footprint by 50% by the year 2030. They’ll do so by cutting down on energy use, water consumption and transportation emissions.

Cincinnati is one of about two-dozen big cities that have committed to creating a 2030 District. Cleveland is the only other Ohio city with one. 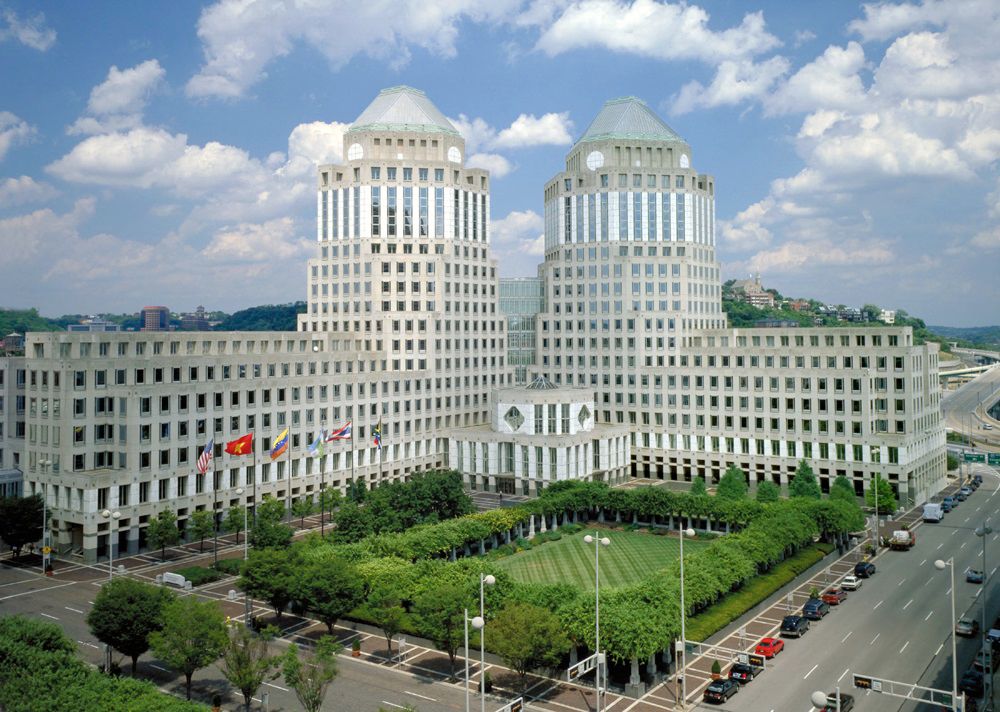 P&G headquarters in downtown Cincinnati. The company is a founding member of the Cincinnati 2030 District.

"Cities are responsible for over 70% of the world's carbon emissions, so the people who live and work there have to be a catalyst for carbon reductions," said Rojas, who is the director of the Cincinnati 2030 District. “It is imperative that each individual and organization act with their dollars, their voice and their influence. How we rise in this moment will define our children’s future.”

The district is organized by Green Umbrella, a nonprofit that brings together a regional cohort of governments, corporations and nonprofits to tackle environmental and sustainability issues.

Some of Cincinnati's biggest corporations and employers have signed on to take part — P&G, the Kroger Co., Fifth Third Bank, the Cincinnati Zoo and Botanical Garden, MadTree Brewing and the city of Cincinnati, to name a few.

In total, the 43 members of the Cincinnati 2030 District have committed 319 buildings, equaling about 28.1 million square feet of space.

“P&G wants to see the communities where our employees work and live continue to be vibrant and thrive,” said Jack McAneny, vice president of sustainability, P&G. “We believe the objectives of the 2030 District align with that objective and ultimately serve to make the Greater Cincinnati area a more attractive location for businesses and employees while delivering meaningful benefits for the environment.”

Researchers from the World Health Organization (WHO) found that "global warming is [responsible] for some 150,000 deaths each year around the world" and they feared that number would double by the year 2030, according to a 2009 article in Scientific American.

Rojas believes corporations are a key part of the "sea change" on environmental efforts.

Beyond access to new technology and innovative approaches to sustainability, corporations also have the finances and media tools to influence public opinion and consumer behavior.

"Corporate members of this community play a very important part in advancing us towards the district carbon reduction goals," Rojas said. "They can do this by setting policy, changing their business operations and encouraging behavior change among businesses and residents.”

Rojas spent 25 years working in building and design. Directing the 2030 District is similar, just on a much larger scale.

"My primary focus was often the interior of a building, but I always looked for ways to integrate engineering, architecture and landscape practices to support the sustainability of the building and wellbeing of its occupants," she said.

The Cincinnati 2030 District recently released a new guide on the topic of occupant health — covering air quality, lighting, materials, mental health, movement, nourishment and water. It aims to emphasize not only carbon emissions, but also improving the health of staff and customers.

That could mean anything from installing low-flow toilets and adding aerators to faucets to changing the way they do business. One remote day per week reduces that employee’s emissions by 20%, Rojas said. 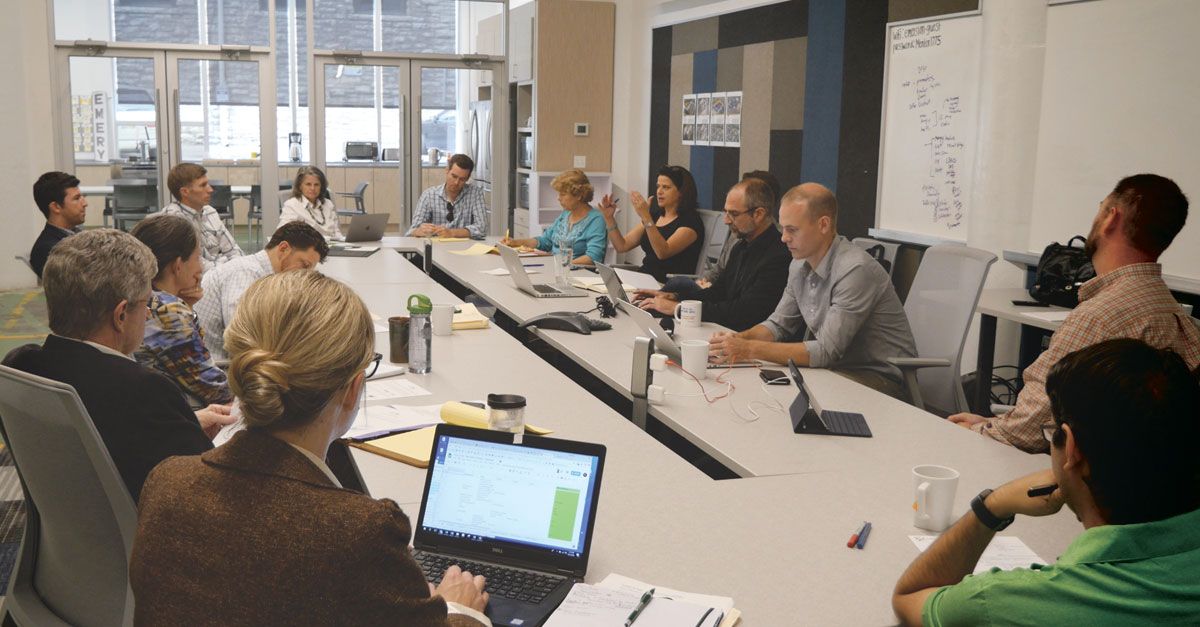 "We’ve also seen that since the pandemic, most companies have become more comfortable with remote working both in terms of meetings and work from home,” she said. “This, along with subsidized public transit passes, employee assistance for EV purchases, and alternative transportation promotional days, such as bike to work, are all strategies that our members are using to meet the goals."

Rojas works hand-in-hand with sustainability coordinators, architects and facility managers at various district partners to enact plans that not only help them meet the district goals, but also make business sense for the companies they work for.

The 2030 District offers a free building walk-through program for property members. This helps owners and managers quickly prioritize their capital and operational improvement strategies for making reductions in energy and water. They’ve had three buildings analyzed since the program launched in June.

"This is the opportune time to look at things like lighting replacement, access to daylight, safety protocols, air quality, work from home strategies, and even reimagine their (human resource) policies for commuting benefits," Rojas added.

How businesses are involved

One of the people Rojas works with is Jeremy Faust, who is a vice president at Fifth Third Bank, a founding member of the Cincinnati 2030 District.

“Our partnership in the 2030 District offers a great opportunity to learn about the way modern building design strategies can support the health and wellness of employees,” he said.

"Fifth Third recognizes that reducing our environmental impact and supporting the transition to a low-carbon, sustainable future is part of what it means to be a leader in our industry,” he said. "This focus on environmental sustainability has continued to grow in recent years among many of our stakeholders."

The company's "most ambitious goal" was to purchase 100% renewable power, which they did in 2019, through a large (80 MW) solar project in North Carolina, he added. 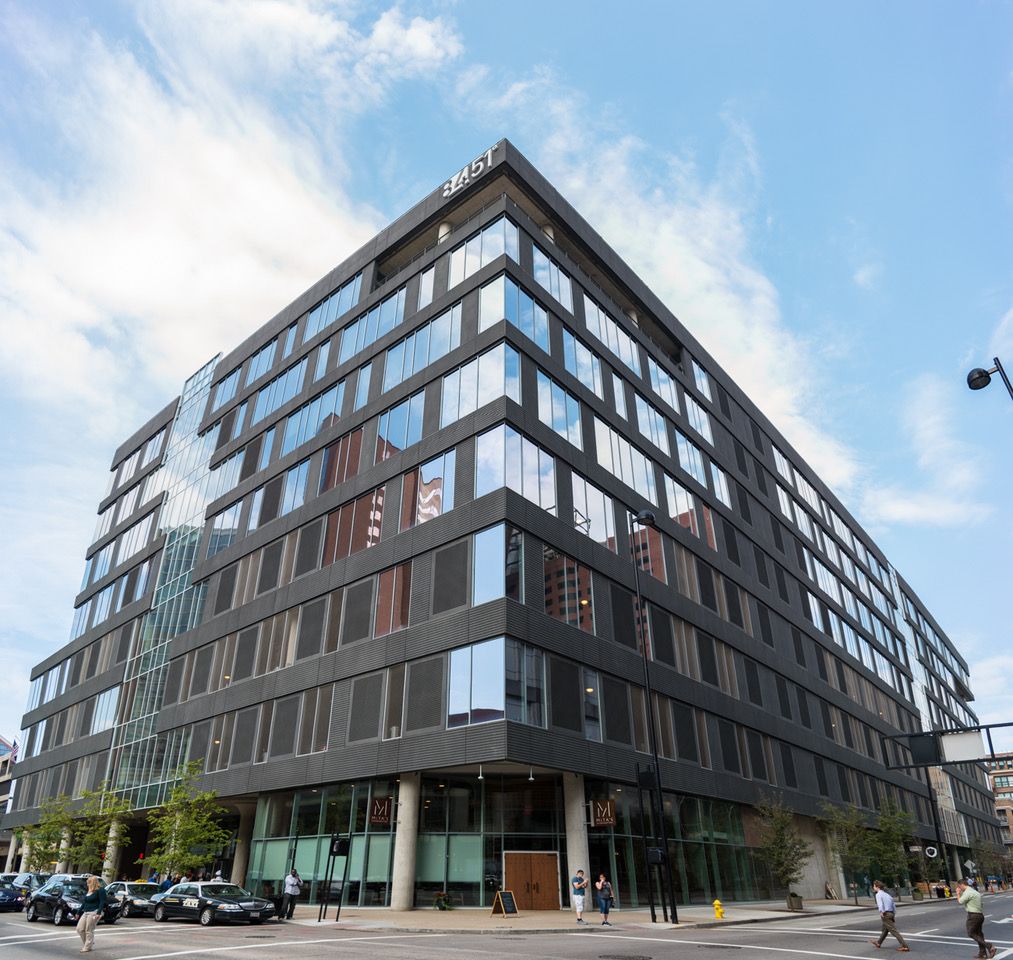 84.51 is a member of the Cincinnati 2030 District. They've committed to reducing carbon emissions company-wide by 50% by the year 2030. (Provided: Green Umbrella)

Faust said Fifth Third adopted its own sustainability goals in 2017 and they have already reduced their operational energy use by 23% and GHG emissions by 41%.

“They all have growing expectations around what we do to reduce our environmental footprint and mitigate greenhouse gas emissions," he said. "We now have leaders across our organization focused on different aspects of sustainability, but all of which recognize the value this creates for the communities in which we work."

Faust said the COVID-19 pandemic has had an impact on the way we operate, but Fifth Third’s commitment to reducing its environmental impact “remains constant.”

“In many ways, the national and global focus on sustainability has grown through the pandemic, a reminder of the need for collective action to solve the largest global challenges," he said. "This experience has reinforced our focus on wellness and creating work environments that support the long-term health needs of our customers and employees."

Attempting to improve sustainability efforts may seem like a daunting task for a business, but Rhiannon Hoeweler, Chief Impact Officer for Cincinnati-based MadTree Brewing, said it's an important one.

"It's like the saying, 'How do you eat an elephant?' We all need to start somewhere and the first step doesn't have to be elephant-size,” she said.

Hoeweler said the brewery is taking "active steps" to reduce its carbon footprint. That includes things like composting 100% of their waste in the taproom and diverting 100% of their spent grain from the landfill.

They're also a member of "1% for the Planet," an international nonprofit organization whose members commit to contributing at least 1% of their annual sales to environmental causes, such as Cincinnati Parks' ReLeaf Program.

MadTree aims to achieve LEED Gold certification at its new bar and restaurant being developed on Vine Street in Over-the-Rhine, she said.

"MadTree feels like it's our responsibility to build a company that our kids would be proud of,” Hoeweler said. She added that they plan to grow by as much as three times over the next 10 years, but plan to continue sustainable investments moving forward.

In 2020, Green Umbrella released its first progress report for the year 2019. The data showed Cincinnati was ahead of schedule toward reaching the 50% reduction goals in energy, Rojas said.

"Our district showed a 21% reduction. This was quite an accomplishment for our first year of reporting," she said. They plan to release a report for 2020 in a few months.

Work with the city of Cincinnati

Collaboration with city staff and coordination with elected official champions have been key ingredients to the success of these initiatives, Rojas said.

Green Umbrella was involved with the creation of the Green Cincinnati Plan, the city's playbook for sustainability and environmental initiatives. The 2030 District was one of 80 recommendations they worked together to implement. Topics range from food production to housing to transportation.

The nearly 170-page document contains a list of goals and recommendations believed to be the "highest-impact, most feasible strategies for reducing the risks of climate change," per the plan.

Rojas said Green Umbrella has been “fortunate” to have a good working relationship with leadership of the city of Cincinnati and has had the chance to work closely with the city’s Office of Environment and Sustainability.

“Mayor Cranley has been a vocal advocate for the district, especially in getting commitments from Cincinnati's largest companies to become members,” she said. “We hope our city's next leaders will continue the focus on deep reductions in Cincinnati's carbon footprint and find new ways to help us get there.”

Historically, the plan is updated every five years, meaning the next iteration should take place in 2023. Based on that timeline, they'll collect public input throughout 2022. If that's the case, candidates elected to office will have a role in helping to shape, and possibly vote on the next iteration of the plan.

Rojas said she’s hopeful the incoming mayor and City Council will support the city's continued participation in the Cincinnati 2030 District as one of its founding members.